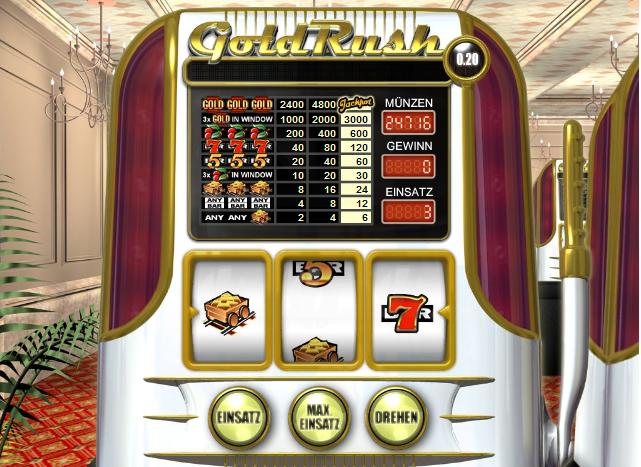 Slot machines as we know them today have been around in one form or another for a very long time. Popular belief is that the first machine was invented by Charles Fey in the late 19th century with three spinning wheels and five symbols (diamonds, spades, hearts, horseshoes and the famous Liberty Bell). The Liberty Bell became a feature for many years. Other early machines provided winnings in the form of flavoured chewing gum and the features on the winning reels determined the flavour of the prize which is where the cherry and melon symbols come from and the BAR symbol is an old logo from the Bell Fruit Gum Company. The slot machine is also known as a fruit machine or in Australia as a poker machine or Pokie; original machines were operated by pulling a handle on the side of the machine which also gave them the name of one armed bandit. Even in today’s world some land based casino machines still feature a handle as well as a button. The name slot machine is thought to stem from the slot in which to insert your money. The idea of the game has remained the same over the years and that is to match symbols on the reels in various patterns and get a payout from the machine. Old machines used fruits and cards but modern electronic online casino machines have symbols from popular movies or TV shows and are accompanied by theme music but the principle remains the same. Early machines also had only one pay line which was across the middle but electronics has enabled machines to offer anything up to 100 pay lines by using different patterns across the 5 reels. Generally you bet by pay line so a 10 euro cent machine with 50 pay lines could cost €5 per spin if backing the maximum number of lines but clearly the more pay lines you play the more likely you are to win but then it is costing more in the first place. Every online casino slot has a pay table which is usually on a separate page which gives the payouts for the winning combinations; this page or pages will also explain any bonus rounds, wild symbols and how to play for a jackpot.

Online casino slot machines have no moving parts and winning combinations are governed by a Random Number Generator (RNG) which is producing random numbers hundreds or sometimes thousands of times per second; once the play button is pressed the result is determined from the most recent number generated. Differences of fractions of a second can make a huge difference to the outcome but the main thing to remember is that this is a game of pure luck.

One thing that can affect your chances of winning is the payout percentage which can be as high as 98% but unfortunately online casinos are not obliged to publish the payout percentage of an individual machine although some do publish the average payout percentage of all their machines combined. You can make certain choices however about the machine which you play; for example a machine with a very high jackpot will have a lesser chance of winning smaller prizes and vice versa. It is also common for many machines to be linked to increase the jackpot size, this is often referred to as a progressive jackpot which can run into millions of euro or dollars. Slots are a great way to have fun and a number of small wins can keep you going for quite a while but what we all want is life changing luck and it does happen so why not go for it?